How Many Miles Are Too Many On A Used Vehicle? 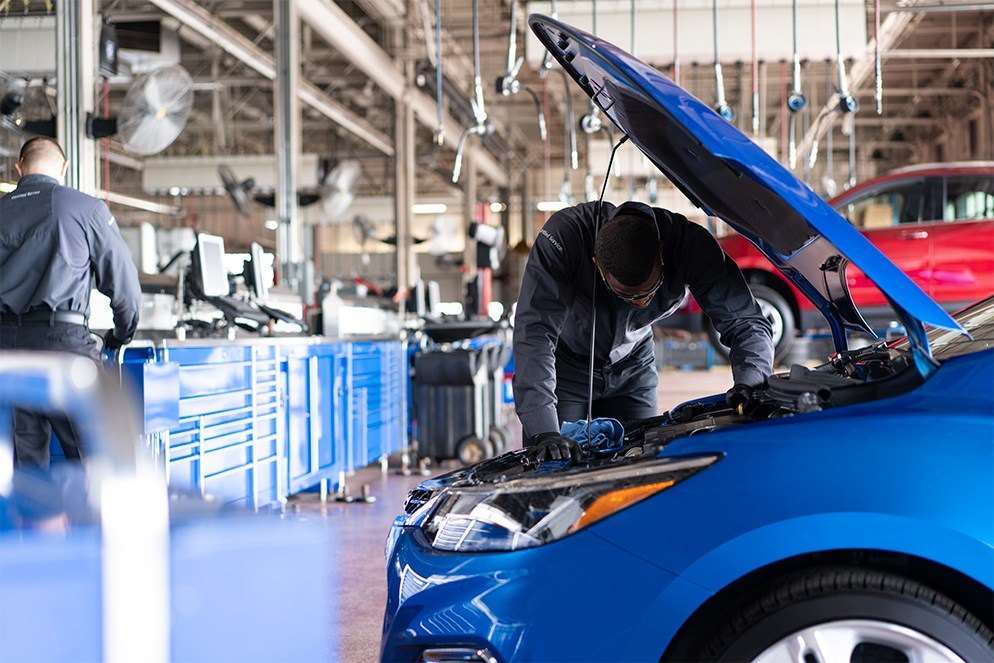 There are no shortage of benefits to buying a used vehicle—whether you’re looking to save a bit of money, want a trim level that would normally be out of your budget, or simply can’t find the new vehicle you want due to the current shortage—but there are also a number of factors you’ll want to consider that you might not have thought about when buying new. Chief among these concerns is a vehicle’s mileage. Now, checking a vehicle’s mileage is as simple as checking its odometer, but that really only tells half the story. There are a number of factors that go into a vehicle’s mileage that you’ll want to think about before coming to any conclusions. And on that note, we’re going to take a look at how many miles are too many when buying a pre-owned vehicle.

What is the average distance a vehicle travels in a year?

Though this number is somewhat disputed, and will obviously differ from driver to driver, a NRCan (Natural Resources Canada) survey in 2008 found that the average Albertan drove around 15,200 km in a year. The distance varies from province to province, with drivers in BC as low as 13,100 km, and drivers in Newfoundland and Labrador putting about 18,100 km on the odometer, with Alberta landing almost right between the two. While these numbers haven’t been updated in some time, it’s safe to assume that this number hasn’t changed drastically—unless your city has undergone dramatic changes to its infrastructure.

So for any easy way to get an idea of if the used vehicle you’re looking at has been driven a lot (or barely driven at all), simply divide the mileage on the odometer by the number of years the vehicle has been on the road for an idea of the average distance it has traveled a year. One thing to be aware of is that you’ll ideally want to know when the vehicle was purchased, since a car’s model year can sometimes differ from the year it was purchased—for example, some 2023 model year vehicles may appear on the dealership’s lot before the end of 2022. Likewise, A vehicle might not have been sold the year it was released. Either way, you’ll get an idea of how much the vehicle was driven.

How important is the average distance a vehicle travels in a year?

I’m sure we’ve all heard that old used car dealer’s chestnut before: “It was only driven by an old lady on the way to and from church on Sundays.” However, low mileage vehicles can come with their own pitfalls. It may seem counterintuitive, but a vehicle that has been under driven can actually suffer; vehicles have parts that need to be lubricated or be in motion, and these parts can be damaged from not being used. There’s also an issue with what’s referred to as clocking. Clocking is when a vehicle’s odometer has been tampered with, rolling back the mileage so that it appears in better shape than it is.

Conversely, high mileage vehicles indicate that they’ve been driven a lot. Now, this in and of itself isn’t the biggest red flag. If you’re buying a truck specifically to tow a trailer, it’s reasonable to assume that it’s been used for that same task in the past. However, vehicles with more mileage require more regular maintenance, which leads us to the next point.

Why should you ask for detailed information when buying a used vehicle?

As mentioned above, a vehicle’s odometer really only tells half the story. A vehicle could have lower mileage, but if it wasn’t regularly serviced at the suggested intervals it won’t be in as good of condition as a high mileage vehicle that had been regularly serviced. One of the suggestions we often make when it comes to retaining your vehicle’s value for longer is to keep all of the records of maintenance you perform on the vehicle. This way, as a seller you can get more money for your used vehicle. Conversely, as a buyer, having this information will provide peace-of-mind when it comes to purchasing a vehicle that you know has been well taken care of.

Now, recommended service intervals will change from vehicle to vehicle, but a few average intervals you’d like to see the vehicle having followed might include:

Does where a vehicle’s driven impact its mileage?

While where a vehicle is driven won’t impact the number on the odometer, it will have an impact on the underlying condition of the vehicle. If we break it down to two main driving areas, city driving and highway driving, we see major benefits to one of these over the other.

In city driving, there tends to be a lot of stop-and-start driving and sometimes bumper-to-bumper, traffic. This puts stress on both the vehicle’s engine and a number of other parts like the brakes. Whereas highway driving tends to consist of travelling at a more consistent speed with less stopping and starting—as well, highways tend to be better maintained than city streets.
All of this means that a vehicle driven on the highway will probably be in better shape than one used in the city. If you had two identical vehicles from the same year with the same mileage, only one was driven predominantly on the highway, we know which choice we’d make.

Of course, all of the pre-owned vehicles found at Calgary’s Jack Carter Chevrolet GMC have undergone extensive inspections, ensuring that they’re of the highest quality, and we include all of the available information we can find on said vehicle. For extra peace-of-mind, you can also go with one of our Certified Pre-Owned models. Whether you’re looking for a new or used vehicle, let Jack Carter Chev GM help with one of the best selections of vehicles in all of Alberta!

Previous Post
Next Post
Jack Carter Chev Buick GMCBlogHow Many Miles Are Too Many On A Used Vehicle?